Iran formerly known as Persia is a country in western Asia with a long history. Iran is home to one of the oldest (2500 BC) world's civilizations. Today Iranians celebrate Norooz (New Year) at the beginning of spring as an ancient tradition (March 21). 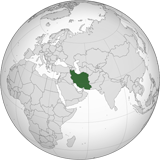 Iran's area is 1/6 of USA and Tehran is its capital. Today, modern Persian is the official language of Iran.

Iran's Geography & Environment: Iran is located in southwestern Asia; neighboring countries are Afghanistan, Armenia, Azerbaijan, Iraq, Pakistan, Turkey, and Turkmenistan. Kazakhstan and Russia are also Iran's direct neighbors to the north through the Caspian Sea borders. United Arab Emirates, Kuwait, Qatar, Bahrain, Oman and Saudi Arabia are Iran's neighbors to the south through the Persian Gulf. Iran is slightly larger than Alaska and has a variable climate. In the north and west, winters are cold with heavy snowfall and subfreezing temperatures during December and January. Spring and fall are mild, while summers are dry and hot. In the south, winters are mild and the summers are very hot. In general, Iran has an arid climate in which most of the precipitation falls from October through April. 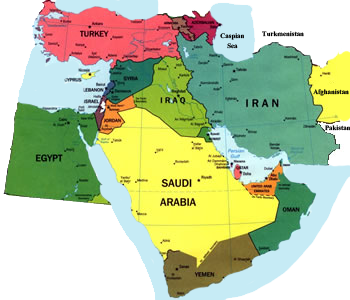 Persian: is an agglutinative language of an Indo-European origin with an Iranian mother. This language group branches into a number of other languages, including: Kurdish, Zaza-Gorani, Luri, Gilaki, Mazanderani, Semnani, Taleshi, Tati, Pashto, Ossetian, Balochi, etc. For five centuries before the British invasion and colonization of South Asia, Persian was a common second language for many people. Linguists consider three historical periods for the Iranian languages. Old Era (525 BC - 400 BC: The Medes - Achaemenid), Middle Era (400 BC - 900 AD: Sassanid) and Modern Era (900 AD – present).


Old Persian: Old Persian فارسی باستان was spoken at the time of Achaemenids. It was written using cuneiform symbols and engraved on stones and clays. The old Persian writing system was both syllabic and alphabetical. It was written from left to right and had 38 letters plus 8 logograms.

Middle Persian: Middle Persian فارسی میانه was spoken during the Sassanid era. This language was syntactically different from the old Persian because it was not synthetic or inflectional, but rather analytical or derivational. Middle Persian was written using Avestan and two different versions of the Aramaic writing systems, known as "Pahlavi". It was written from right-to-left 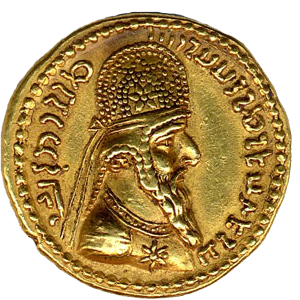 Modern Persian: modern Persian, locally known as "فارسی" Farsi, is spoken in post-Islamic Iran and gradually dominates other Iranian languages. Modern Persian is now a major language of Iran and a prominent language in Afghanistan (Dari) and Tajikistan (Tajiki). It has official-language status in all three countries. Modern Persian, which is written from right-to-left, is mainly spoken in Iran and in many other countries around the world, including: Afghanistan, Tajikistan, Uzbekistan, Armenia, Bahrain, Iraq, Russia, Pakistan, India, Kuwait, and Lebanon. It is the language of Iranian diaspora (estimated 8 million) living in the USA, Europe, Israel, Canada, and Australia. Around 110 million people are estimated to speak Persian and its various dialects.

Persian language and culture has contributed to many literary and scientific endeavors in the eastern half of the world and has had a b influence on many neighboring languages. We can see this most heavily in the Turkic languages in Central Asia, and in many South Asian languages as well, most notably Urdu.

Absence of the short vowels within a word has also created syntactic and lexical ambiguities; the latter in the form of heterophonic homographs. Heterophonic homographs are words with identical written forms with two or more pronunciations, each associated with a different meaning.
/jang/ جنگ (war-NSg), frequency 684 (in a 1 million words text corpus)
/jong/ جنگ (show-NSg), frequency 1


Language Change: Comparison of the evolution at each stage of the language history shows great simplification in syntax and morphology, especially from the old Persian to middle Persian.
old Persian: /aspa/ > middle Persian /asp/ > modern Persian /asb/ (horse)
The change in syntax is much more visible from old Persian to middle and modern Persian. Examples include deletion of gender, reduction of number, and omission of case. Language change reflects social, cultural, political, economic, religious, and technological changes.


Learning Persian is harder than learning English. However, it is much easier to learn Persian than Arabic, Chinese, Japanese, and Korean. The following chart shows the amount of time in terms of class hours needed to learn different world languages to an advanced high/superior lavel. "All estimates in this figure assume that the student is a native speaker of English with no prior knowledge of the language to be learned. It is also assumed that the student has very good or better aptitude for classroom learning of foreign languages. Less skilled language learners typically take longer." (Jackson, Frederick H. and Marsha A. Kaplan, 1999, p78).

Why should I learn Persian? As you read, Persian is spoken in many countries around the world, making it a very practical language to learn if you are thinking of travelling or working anywhere in those areas. Learning Persian will offer you a great deal of freedom to explore within these countries. It is the Middle Eastern equivalent of learning English, as there are pockets of speakers all over this area of the world. In terms of the language itself, if you are of a literary mind, learning the Persian language can open up a surprising new area of interest for you in the form of Persian poetry and literature. There is a rich and plentiful history of over 2500 years of literature and poetry, with many beautiful stories and traditional epic pieces. Furthermore, the rich Persian culture has elements from the oldest civilizations, such as the Elamites and Achaemenians, to the modern Islamic era.

Have a Look Around